Visitors to Genoa Italy can learn about the 17th century Genoese pirates at a replica of a pirate ship.  The ship, called the Galeone Neptune, was constructed for Roman Polanski's 1986 feature film entitled "Pirates". 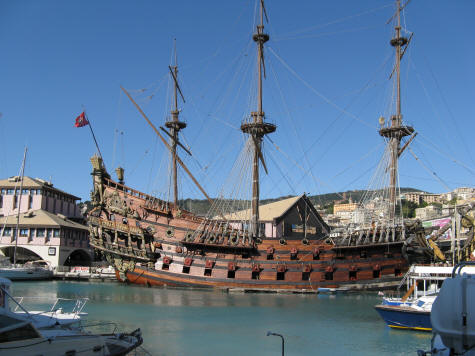 The Galeone Neptune ship can be found near the Genoa Aquarium at the Old Port of Genoa.